Lesotho hip-hop: the rise and rise 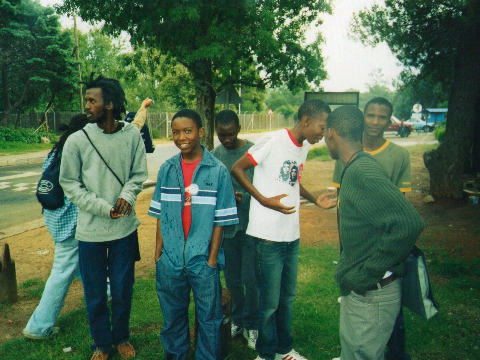 Growing up, I was heavily influenced by reggae. Apart from the kwaito tapes me and my acquaintances traded regularly, along with the rap cassettes which consisted of songs dubbed from the radio, reggae music surrounded my being. It was while at home, viewing a videotape of the reggae summersplash ’84 that I first got introduced to Black Uhuru, the Jamaica-based group then featuring the erstwhile frontman Michael Rose; they were performing their song ‘Guess who’s coming to dinner’. The energy behind it hit me hard, leading to my digging deeper into their musical catalogue. On these digging escapades, the ‘Sinsemilla’ album came up; ‘World is Afrika’ was one of the songs which stood out for me both from a musical and lyrical point of view. To this day, the lyrics ring loud and true: the whole world is Afrika/ but it’s divided into continent states/.

For the purpose of this article, I have decided to contort the lyrics a bit, for nowadays, the rest of Afrika looks the same to me. We as Afrikans have our various subtleties which set us apart; we have structures – mostly physical – which separate us within our immediate environments. Rich and poor co-exist only on the surface. Beneath it all, we are segregated; even the poor have their own layers.
Furthermore – and this applies to most places on the continent – we are grouped according to ethnicities. In Kenya, we have the Luo and the Kikuyu, two tribes which, for reasons best known to that country’s inhabitants, always find a reason to clash. The pattern is replicated throughout the continent: Nigeria has tribes such as the Igbo and the Yoruba, Tanzania has the Sukuma and the Nyamwezi; South Africa too has its own tribes. This is perhaps why I am always deeply disturbed when Western media view Afrika as one huge, dark, poverty-stricken landmass, making not the effort to explore the vast differences and immensely dense shades which make us who we are.

But one place stands head and shoulders above the rest in its lack of any ‘tribes’ per se. Sure, we do possess the same features inherent in all Afrikan towns and cities: the small part which is super-clean, always looked after, and devoid of pillaged buildings and potholed roads. Then there is the greater part: dirt roads, sprawling market places, incessant noise from taxi drivers and street vendors, along with the deep effects of urban decay in the form of dilapidated buildings. This country is Lesotho, the so-called Mountain Kindom in the Sky due to its mountainous terrain and high altitude (most of the country lies above approximately 1 400m). Home to not more than two million people, Lesotho is – as a result of numerous historical events – totally encircled by South Afrika.
Collectively, we are known as Basotho (the singular is Mosotho), an accumulation of people from different clans founded by King Moshoeshoe I during the fierce Mfecane wars of the early nineteenth century. We have fought our battles, managed to win some, and suffered major defeats in the process. How we ended up encircled by another country is a story for another day; for now though, I would like to talk about our hip-hop, or rap to be more precise.

Unlike elsewhere on the continent, we were not fortunate enough to have been able to practice other elements of hip-hop culture. Sure we are aware of aspects such as breaking, deejaying, and graf. But for reasons, unbeknown to me, these facets never quite caught on; perhaps the paint was too expensive, and those who had money to buy turntables were more interested in collecting and spinning house music vinyl as opposed to devoting their time to a fringe culture which had no guaranteed returns. The rap aspect of hip-hop was introduced in the late eighties/early nineties through people who were fortunate enough to have members of their families who were based overseas, and hence had access to all the releases which were making waves during that period – the Public Enemy’s, Rakim’s, et. al.

With the nineties in full effect, local rappers tried by all means to get material recorded in some way, but the odds adversely affected individual and collective efforts. Firstly, no one really dedicated any of their thoughts towards hip-hop, and everyone else who was not a practitioner but had exposure to it in some way immediately dismissed it as an ‘American’ culture. More importantly though, Lesotho has never had a recording industry; all the traditional Sesotho musicians had to – and still do – cross the border into South Africa in order to ply their trade and become recognised. 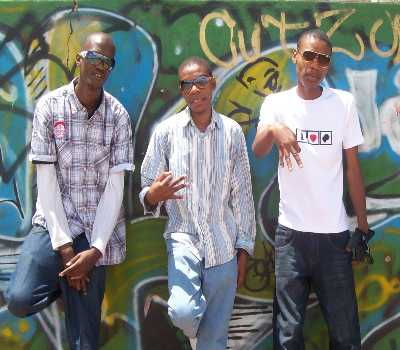 So not only was there a potent lack of facilities, there was also no entity with a vested interest in hip-hop, and no one had the capability of providing a means of funding recording sessions elsewhere. All these factors, coupled with the environment at that time: one public broadcaster in the form of Radio Lesotho, lack of interest in the music by the general populace, as well as our low population, made it near-impossible to have any hip-hop/rap movement to speak of.
So it was that hip-hop heads got relegated to the peripheries of society, and rappers only had the odd show and cipher to look forward to in order to keep going. These seemingly bleak prospects were not without their triumphs. Starting form ninety-five, crews started to spring up; the likes of G-Squad, Raw S.A.W, The Ethnics, and others took centre stage, modelling themselves on templates which had been created by American-based groups. G-Squad assumed the formation of Boot Camp Clik with their simple yet hard-hitting rhymes over hardcore instrumentals; Raw S.A.W was our own version of the Wu-Tang Clan, with members divided into ‘Soldiers of the day’ and ‘Soldiers of the night’, while The Ethnics were more concerned with ‘the day-to-day struggles of the common man’ according to Papa Zee (then known as Zee Dawg), one of the group’s founding members. 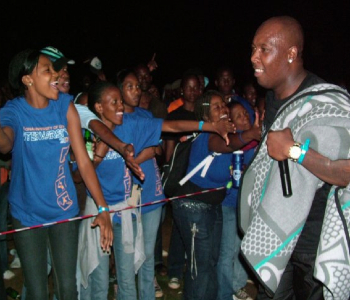 The beatmaking aspect also got left out since no one could afford the hardware required to make music at that time, nor was there any store in the country which stocked such equipment. Buy rap singles in order to practice raps upon the instrumental tracks became the norm, and it was only towards the end of the nineties and into the early 2000s that music-making software such as Melody Assistant and EJay came within reach; Fruity Loops was not so easy to get a hold of. The heads which led this foray into computer-based music production were the likes of Vortex (then a Raw S.A.W affiliate) and Frozen Slosh, who was affiliated to a group called The Scaremongers. However, credit should be given to Metal Jacket who had, by that time, been making beats on his keyboard at least two years prior to the aforementioned producers. CD-Writers were not as yet the standard on every PC, neither had Maseru been ushered into the era of flash drives. The standard was to save the files up onto floppy disks for posterity. The beats were recorded onto cassette tape via the computer’s audio output.

As time went by, more people started to become exposed to the craft of rapping and beatmaking. Heads figured that it was important to be heard, and hence used the D.I.Y technique of buying a cheap microphone, getting a two-decked radio with mic input capabilities, and pressing record while the beats played on the other deck. The quality was nothing special, but this enabled more people to at least become exposed to the type of rap Lesotho had to offer; ‘demo tape’ became a catch phrase. In 2001, a radio station called PC Fm – which had been in existence for three years, and was the first non-public broadcaster – teamed up with Sprite to bring the Rap Activity Jam to Lesotho. Ten thousand Maloti (the name of our currency) was at stake at the end of the season; rappers battled it out for the listener’s vote, and people would then call in at the end of every show to decide which emcee won, thereby granting them passage to compete at the end of the month. This – the rap activity – led to an awakening in the public’s conscience of the existence and growing magnitude of rap music in Lesotho.

A selection of some Lesotho-brewed hip-hop can b downloaded here.

5 thoughts on “Lesotho hip-hop: the rise and rise”